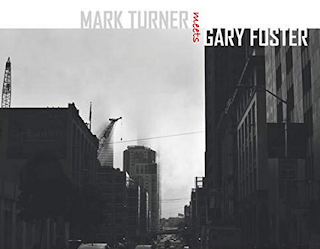 One of the most important contributors to a very cool and restrained form of jazz was the brilliant, blind composer, pianist and teacher, Lennie Tristano. A "school" of players was built in Tristano's shadow, and a few whom he influenced were Warne Marsh, Lee Konitz, Alan Broadbent, and Gary Foster. In the case of Foster, he's been acclaimed as a "do anything" alto player for decades. But early on he came under Lennie's spell. And this two CD set proves that present day Gary Foster is still drawn to the Tristano connection. His tenor playing partner here is Mark Turner. Although he's more contemporary, he demonstrates great skill with the Tristano repertoire. The bassist Putter Smith is a longtime member of the aforementioned Broadbent trio. As such, he too is well acquainted with Lennie's musical journey. The drummer is Joe La Barbera, a master in the LA jazz panorama. Recorded live way back in 2003, this first ever [?] release features long cuts (a total of just seven selections on two CD's!). So if you're a Lennie admirer, you'll recognize titles like Marsh's "Background Music", Konitz's "Subconscious Lee", Tristano's "Lennie's Pennies" and perhaps his best known composition "317 East 32nd Street". Turner and Foster are just about perfect in interplay AND polished and groovy in generous solo adventures. Although Lennie was a pianist, it makes sense that there's no piano here because Marsh and Konitz often recorded in a pianoless setting. Kudos to Tom Burns and Capri Records for this masterful glimpse into a very important segment of jazz history.
Capri Records; 2 CDs; 2019; appx. 52 min. and 37 min.
Posted by Music Education For All at 10:55 AM