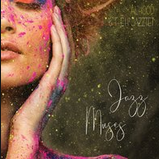 To be very clear right off the bat, Al Hood is a monster trumpet player. Because he's not based in New York (Denver is his home), he may be a new name to you. He has gorgeous tone, complete control and fluidity rarely heard. On this exceptional CD, Hood and his quintet present ten tunes, nine of which were composed by trumpet heroes of years gone by. How about names like Clark Terry, Blue Mitchell, Lee Morgan, Clifford Brown, Freddie Hubbard and more. The only exception is Charlie Parker's "Donna Lee" which is often attributed to another trumpet player by the name of Miles Davis. Among my personal faves are two luscious ballads: Bobby Shew's "Nadalin" and Clifford Brown's "LaRue" are both standout melodies and both deserve to be wider known. Hood's masterful Mile High City colleagues include Dave Hanson, piano; Peter Sommer, tenor sax; Will Swindler, alto sax; Ken Walker, bass; and Paul Romaine, drums. This is nothing less than a stunning and beautiful bebop feast. If I were to submit a top ten list of jazz CD'd of 2019, this sterling session would most assuredly be there.
Aquarian Records; 2019; appx. 66 min.
Posted by Music Education For All at 7:30 AM