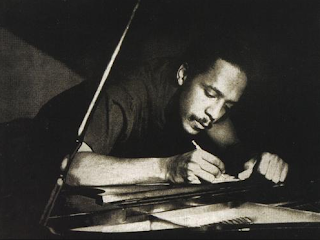 Most listeners, writers and musicians consider Bud Powell the father of bebop piano. He was at the very least its most admired pioneer, and his influence upon two generations of players is pervasive. Among hundreds, maybe thousands who owe Powell a strong debt of gratitude are Barry Harris, Tardo Hammer, Alan Broadbent and Pete Malinverni. Powell's brilliance peaked around 1949 or '50 and began to fade as early as 1956. Mental illness plagued him, and by the late '50's his skills began to erode. There were occasional solid moments here and there during his tenure in Europe from 1959 to 1964, the year he returned to the US, nearly forgotten and severely wounded by his emotional travails. He died penniless and homeless in 1966. Bud Powell was only 41. Still, he achieved the loftiest heights of bebop piano. 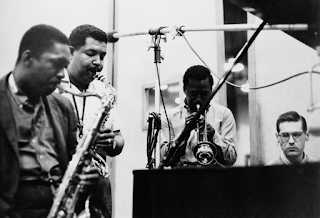 Before the career of Bill Evans was to blossom into stardom he worked in support of more established leaders like Miles Davis, Cannonball Adderley, Chet Baker and Stan Getz. But he also labored in near obscurity for lesser known artists. Here, in alphabetical order is a partial list of ten of his memorable works as a sideman:
1. Eddie Costa, vibes; Guys And Dolls - Costa, who also played piano, stayed with the vibraphone in the company of Evans. He was a promising talent but was lost to us at age 31 in an auto accident.2. Art Farmer; Modern Art - On his only session with Art Farmer and Benny Golson, Evans adds luster to the proceedings on "Fair Weather", "Darn That Dream", "The Touch Of Your Lips", and more.3. Lee Konitz, alto sax, with Warne Marsh, tenor sax; Live At The Half Note - With Lennie Tristano disciples Konitz and Marsh, Bill gets a chance to stretch out on some extended, brilliant solo work. Two CD's make for a lot of high grade listening.4. Michel Legrand, Orchestra leader; Legrand Jazz - Bill lends his talents on four tunes, working with Miles, Coltrane, Paul Chambers, Phil Woods, and other bright lights.5. Mark Murphy, vocals; Rah - After several 1950's high quality pop dates for Decca and Capitol, Mark Murphy found his niche as a jazz singer for Riverside. Bill split piano chores with Wynton Kelly on this winner from 1961.6. Dave Pike, vibes; Pike's Peak - A gifted vibes player, Dave Pike has spent most of his career in Europe. This quartet session, originally on Epic, gives Bill plenty of opportunity to deliver intricate communication with Pike.7. Bill Potts, leader, arranger; The Jazz Soul Of Porgy And Bess - Bill Potts was a highly respected band leader based in Washington, DC. Among the giants heard here are Sweets Edison, Zoot Sims, Al Cohn, Gene Quill, Phil Woods, Art Farmer and of course, Bill Evans.8. George Russell, piano, composer; New York, N.Y. - The Jazz Workshop; Jazz In The Space Age - From 1956 to 1960, Evans recorded a few tunes with avante gardist George Russell. The music ranged from challenging and compelling to egocentric overkill. Still as always, Bill finds a way to stand out with expressive solos.9. Tony Scott, clarinet; The Complete Tony Scott - In 1956 and '57 Bill was cutting standards with Tony Scott on clarinet. His liquid, gorgeous sound never quite caught on in the manner of Goodman and Shaw. Anyway, there's Bill again, with limited but outstanding solos.10. Monica Zetterlund, vocals; Waltz For Debbie - Evans worked with hardly any singers. Only Tony Bennett and Helen Merrill come to mind. Enter Swedish singer Monica Zetterlund whose 1964 session with Bill, Chuck Israels and Larry Bunker, brings us "Waltz For Debbie", "Lucky To Be Me", "Some Other Time", and lots more.

Posted by Music Education For All at 10:05 AM No comments: 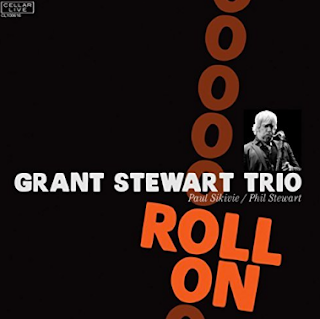 Among the current crop of tenor sax players Grant Stewart is one of my personal faves. He always honors the tradition but at the same time is contemporary and in the pocket. He performs on this CD in a piano-less trio that features Paul Sikivie, and brother Phil Stewart, drums. Tunes range from ancient entries like "Thinking Of You" and "After You've Gone", to Bud Powell's bop anthem "Un Poco Loco". "Here I'll Stay" is an overlooked gem I recall from an old Gerry Mulligan side. On these and others, Stewart and company deliver the goods.

Posted by Music Education For All at 1:32 PM No comments: