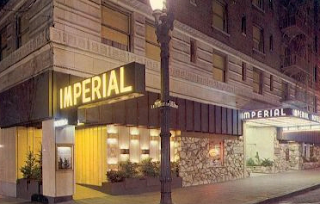 I guess I'll always chuckle at the irony of it. The date was April 1, 1986 and KCNR, 1410 AM inaugurated its brief, improbable jazz run on the Portland airwaves. April Fools Day. How totally appropriate. A script writer couldn't have improved on it.

Posted by Music Education For All at 9:29 AM