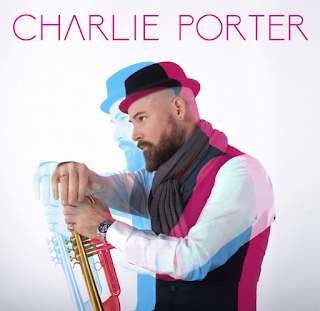 Some of you old guys (like me) might remember a unique Benny Golson album called Take A Number From One To Ten. On it, Golson opened with a tenor sax solo. From there he added one player on each selection until there was a total of ten. Interesting concept, right? Well, Portland player supreme Charlie Porter has done just that on ten original tracks plus one by Duke Ellington. He employs a bevy of Portland's finest musicians. Among them are Mel Brown, Alan Jones, David Greenblatt, David Evans, Chuck Israels, Tim Gilson, Dan Gaynor, George Colligan and a lot more. Porter's writing is clear and contemporary, yet he finds a way to stay in the middle of the tradition. His own sound is as pure and beautiful as any trumpet player I've ever heard. A lot of planning and effort went into this project. From a musician's standpoint it's very thoughtful music, and from a listener's view, very thought provoking. I would go so far as saying that Charlie Porter sounds like what Clifford Brown may have developed into had he lived longer than twenty-five years. Porter brings intensity, lyricism, creativity and chops to the table. This meeting of Portland jazz giants is a must-hear session.